I finished my project for the Ravelinics.  I was a bit concerned that I would have time because I had a meeting last week.  I was able to spin all my singles last weekend and 3 ply the first half so I could knit during the week.  This weekend I plied the second half and finished the socks.  I was very please with how the one sock turned out, but a  little less so on the other.  It was spun a bit thick, probably sport weight, so it knit up faster as well.  It is very dense. 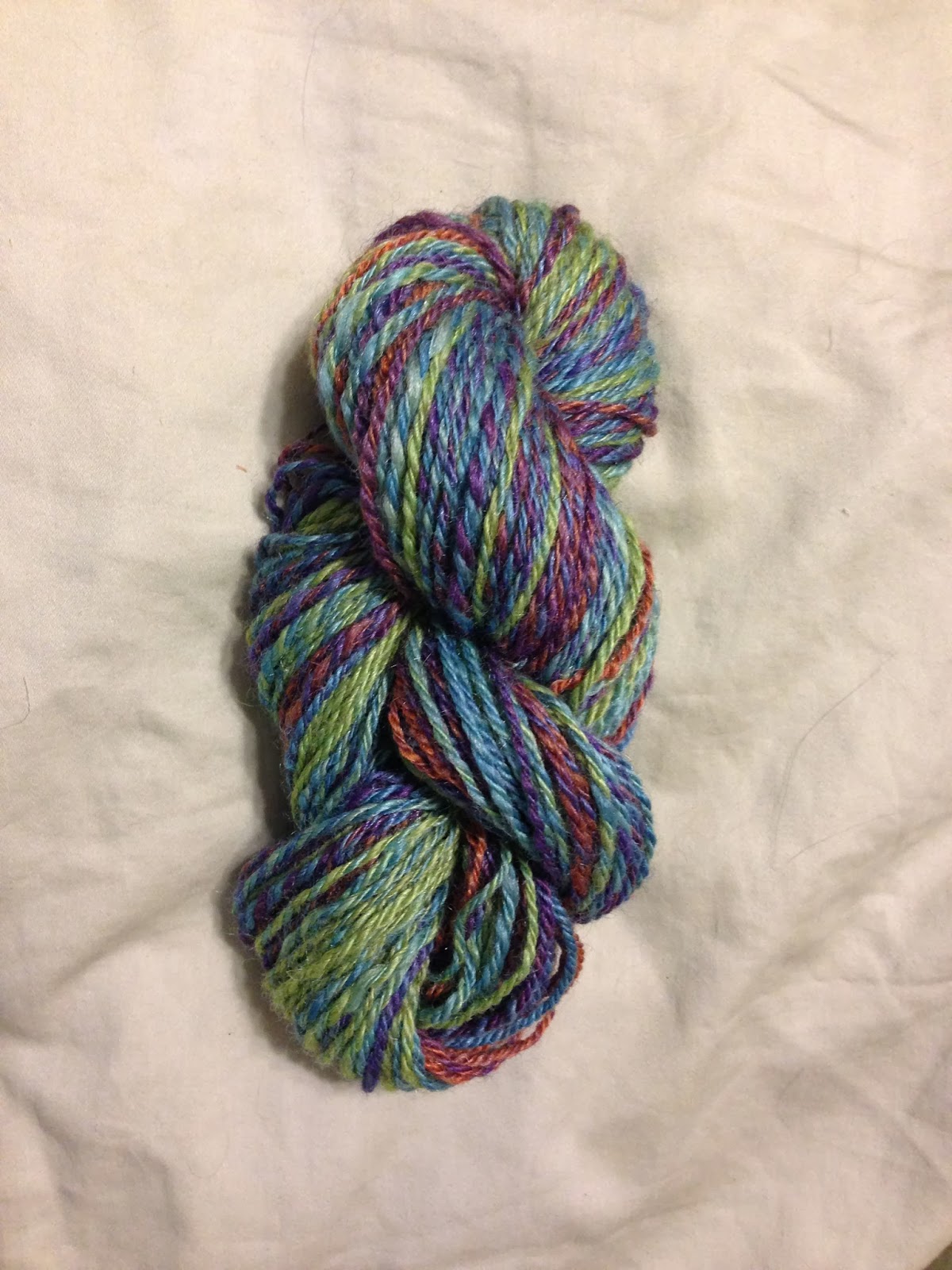 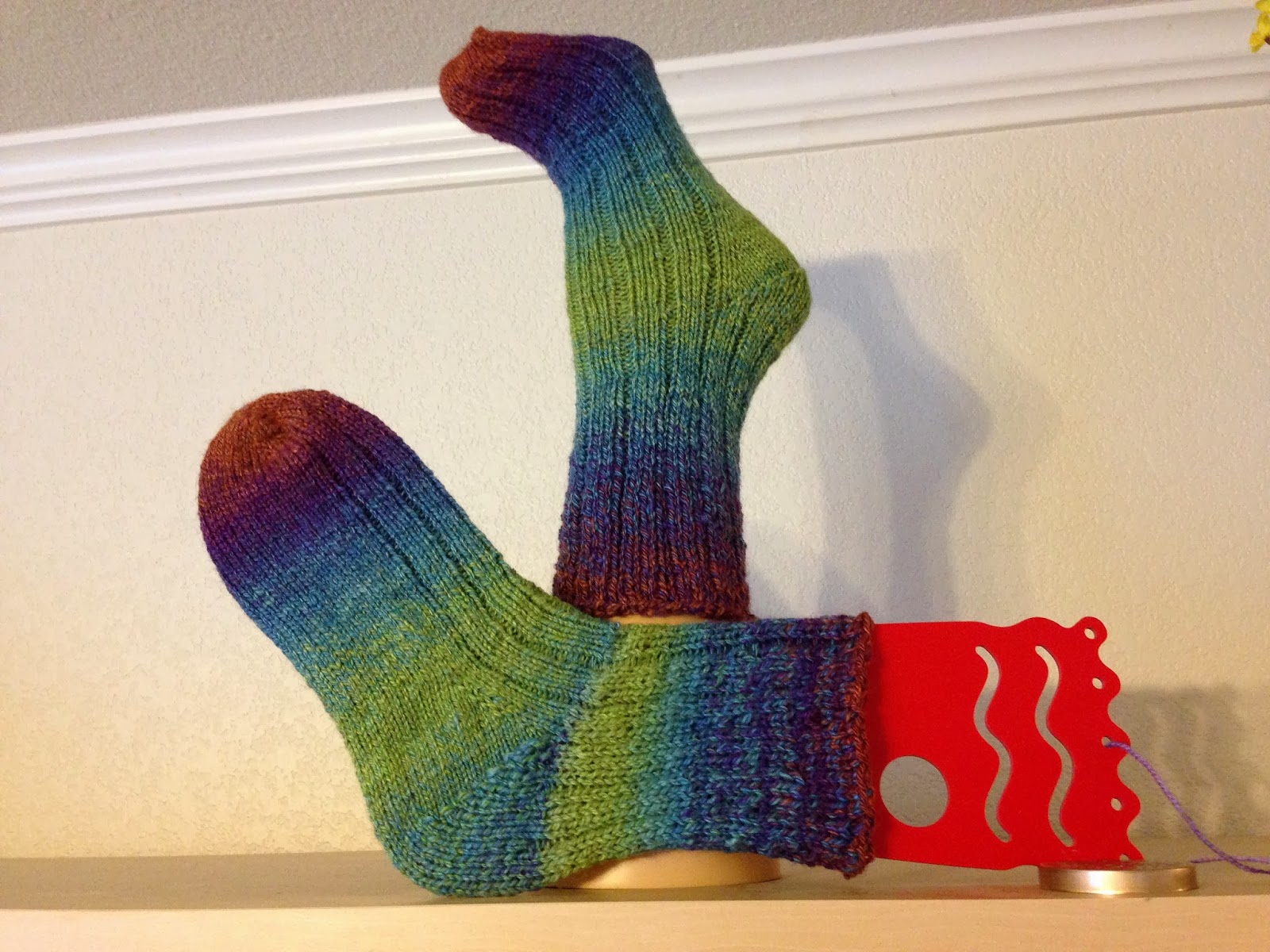 Since I finished before the event was over, decided to cast on Bitterroot by Romi.  Handspun SCF in Polwarth Silk (65/35) in the Lizard colorway 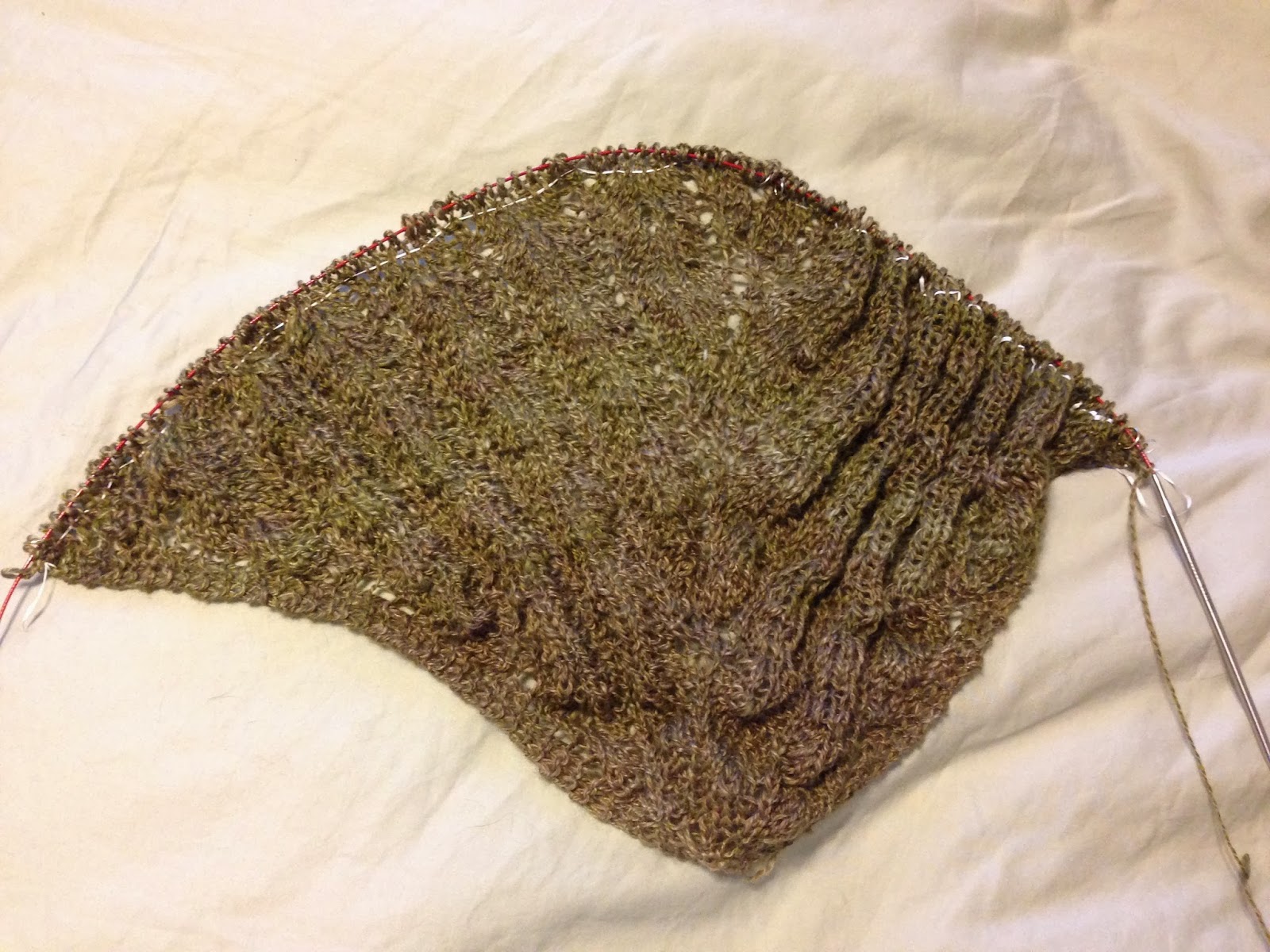