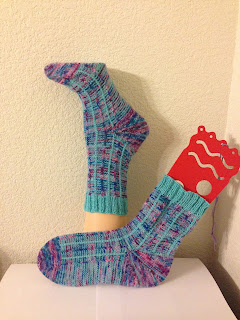 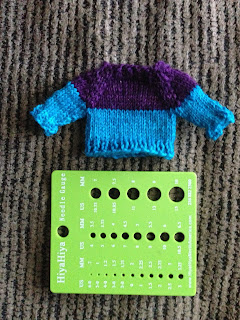 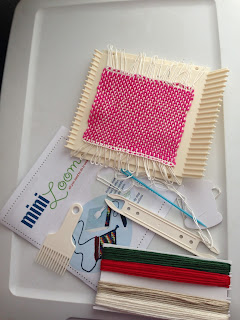 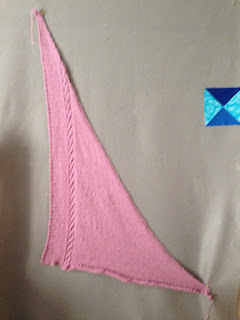 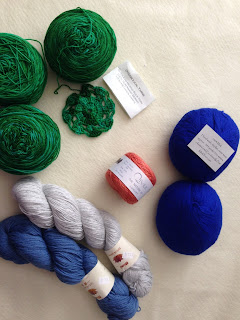 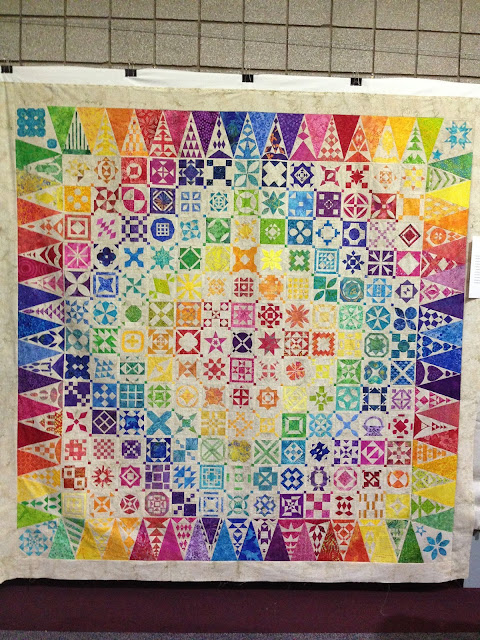 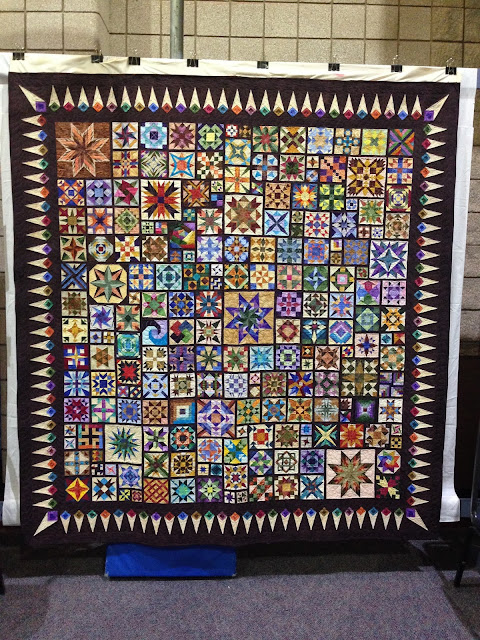 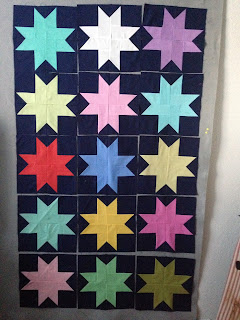 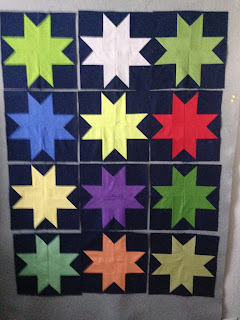 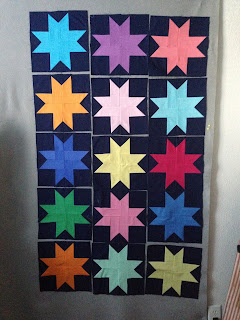 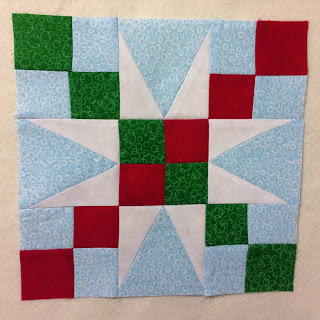 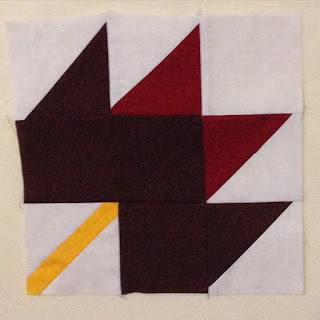 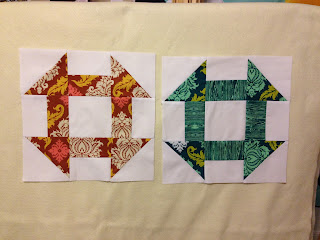 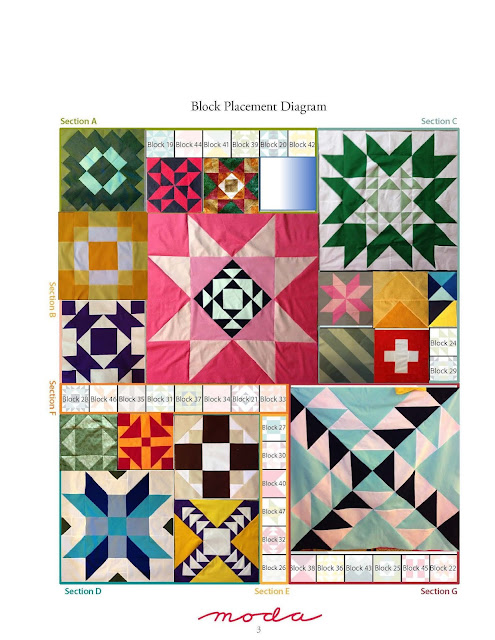 It’s another beautiful day.  It has been in the 70’s the last few days.

Feels so great to complete projects.
This week has been very productive

First up….
Mad Mix Socks by Virpi Tarvo using DEEP stash.  Sheepy Time Knits Panda Feet in the Foggy Dew color way.  The pattern is a mix of many things. It combines carefully chosen pieces of Sock Madness patterns from previous years and joins them into a pair of Mad Mix Socks.

Next up....
Circle Mitts by Sybil R using left overs from a pair of socks.  String Theory Colorworks Continuum Self Stripping in the Atmosphere color way.

So they were finished and sitting on the desk and I kept looking at them.  Went back and added ribbing to the top.  I really enjoyed the pattern.  The first one took forever.  Ahemmm, I recommend that you at least skim the entire pattern before casting on.  LOL  The second was very fast.

On the quilting front....

This was a fast project in honor of Valentines day.  Made it over the weekend.  The pattern is Blended Hearts by Judy Dohrman.  The kit included 16 red fat eights and 16 cream fat eights. Had the white in the stash for the snowballs.  The pattern calls for borders, but since the fabric was not included in the kit, I haven't completed them yet.  The hearts are reversible and I think the beige are difficult to notice.  So, I went ahead and went scrappy on the red hearts but matched up the fabrics on the beige hearts.  I think I spent more time laying out the fabric then actually sewing.  And one tip..... read the pattern to the end.  (Are you finding the theme here)  I was surprised that I was having a bit of a challenge matching up the seams when sewing the rows together.  The half square triangles should be trimmed down after sewing. Didn't catch that until the majority of the rows were put together.

I am trying to be good and not add to the stash, but The Fat Quarter Shop had a great sale that I
couldn't pass up.

I am working on The Splendid Sampler
It is 100 blocks that finish to 6" and the QAL is free until March 2017.
The first two blocks were completed with stash. Block 1 used the left overs from Blended Hearts and Block 2 used left overs from Grand Illusion.  Still need to add the embroidery antenna to the little butterflies. 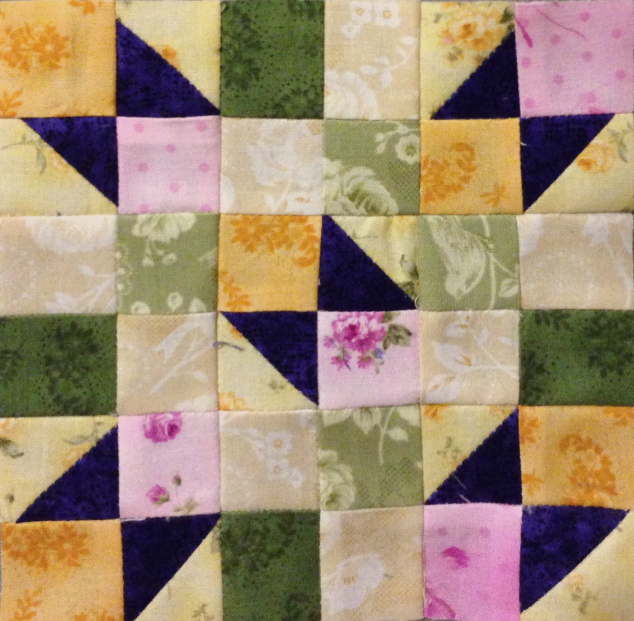 The Local Quilt Shop, Quilter's Stash, is doing a block of the month.   Block 1 completed

Finishing up to get ready for the QAL

In an effort to clear the decks for the QAL I finished Raindrops by Judy Niemeyer.  Ended up enlarging just a bit so it is 90x100.  LOVE the pattern.  I was very intimidated by paper piecing and Judy Niemeyer, but if you just follow step by step, it was much easier than I thought. 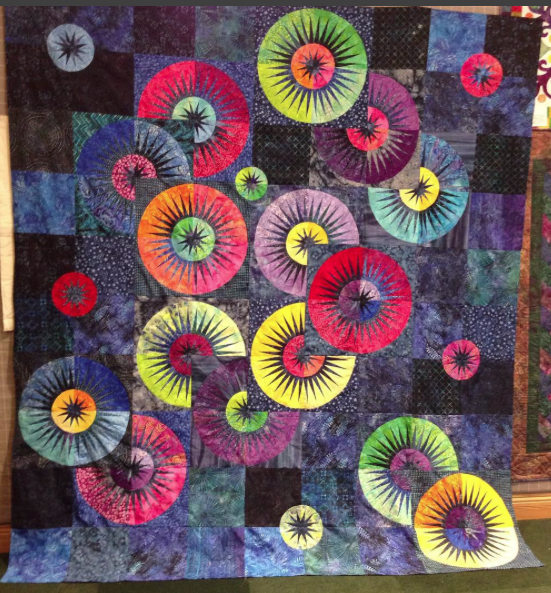 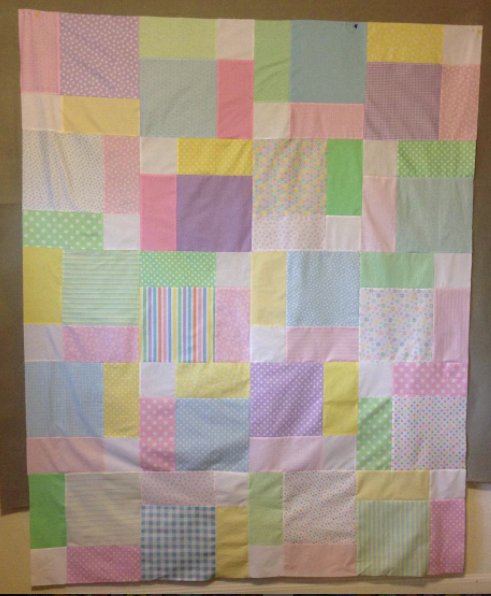 Now that I have two more tops completed, I really need to learn how to quilt them together  LOL.


Chrystal
Posted by Unknown at 5:00 PM No comments:

When: Starts 28th September
Monthly Overview: Fat Quarter Shop Blog, around the 28th of each month (US Time).
Facebook Group:  Join the Farmer’s Wife 1930’s Sampler Quilt Facebook Group by clicking here.
Book: The Farmer’s Wife 1930s Sampler Quilt: Inspiring Letters from Farm Women of the Great Depression and 99 Quilt Blocks That Honor Them by Laurie Aaron Hird for Fons & Porter/F+W; RRP $28.99 – Click here to purchase.
Map showing participants: Click here to add your location marker to the map. (Make sure not to add any personal information as it’s viewable by the public! Password to add your marker is “quilt” – without the ” ” marks.)

Mailing List: If you’d like to get all the Farmer’s Wife 1930’s Sampler Quilt Sew-along news straight to your inbox then click this link to join The Farmer’s Wife 1930’s Sampler Quilt Sew-along mailing list. (Your details will not be shared with any third party businesses and will only be used to share information directly related to the sew-along.)
Posted by Unknown at 5:16 PM No comments:

Posted by Unknown at 7:23 AM No comments:

Posted by Unknown at 9:27 PM No comments:

Spinzilla October 6-12, 2014
Spinzilla is a global event where teams and individuals compete in a friendly challenge to see who can spin the most yarn in a week!
http://www.spinzilla.org/

Spinzilla is an event designed to increase education and awareness of hand spinning. Our goals for 2014 are:

Distaff Day, also called Roc Day, is 7 January, the day after the feast of the Epiphany. It is also known as Saint Distaff's Day, one of the many unofficial holidays in Catholic nations.

Many St. Distaff's Day gatherings were held, large and small, throughout local fiber community. The distaff, or rock, used in spinning was the medieval symbol of women's work.

In many European cultural traditions, women resumed their household work after the twelve days of Christmas. Women of all classes would spend their evenings spinning on the wheel. During the day, they would carry a drop spindle with them.

Posted by Unknown at 1:18 PM No comments: