Spent a few hours and went through and organized some of my stash.  It is exciting and helpful.  Would like to organize the rest, but at least it is started.

The year is off to an exciting start.  I signed up for a spinning 2 class with Maggie Casey.  The first class was awesome.  We were experimenting with spinning worsted and the affects of tension and ratios.  We also played with combs. 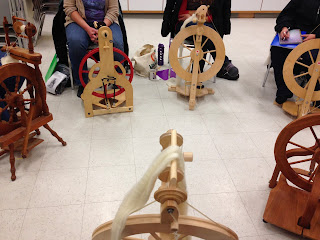 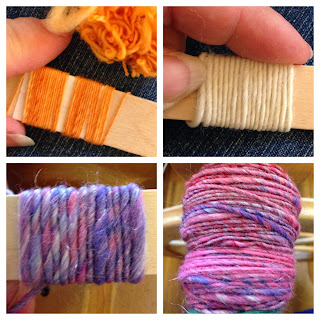 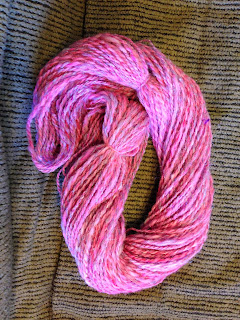 Had a bit of cast-on-itis.  Finally cast on Girasole by Jared Flood.  I had the pattern printed and yarn purchased for more than two years.  I am loving it and wondering what took me so long to cast on. 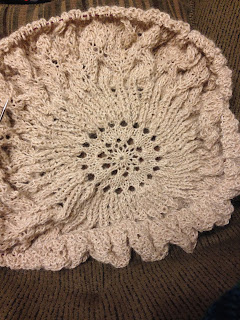 I also cast on Shawl Collared Cowl by Alana Dakos
It was a super fast knit and is such an awesome color.
It is currently waiting for a spa appointment. 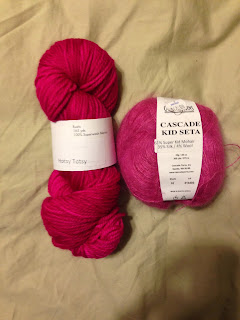 Spent some time reviewing my UFO's  I signed up for a Finish it or Frog it last January.
Started with 24 items.
10 were frogged and 4 were finished.  There are still  10 items remaining.

One of the items on the list was frogged and I restarted a new pattern.  A linen stitch really shows off the yarn.  (The first several attempts were less than successful) 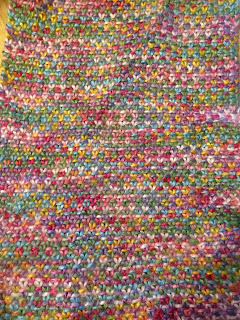 Color Affection is a project I really want to make.  I have purchased several sets of yarn to make it and even fiber to spin for it.   I was able to grab two skeins of Plucky at the IG update.  After receiving the Noisette (rust) and a one hit wonder (grey) I went to the Ravelry group and found Technicolor Teal for destash.  It really is a fast knit since it is all garter. 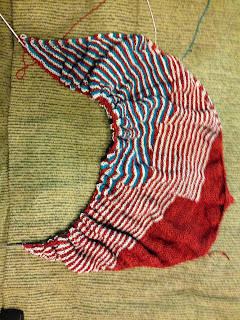 Star Trekkie arrived and it is so pretty.
Also received November/December Bee Mice Elf Club.  It is a beautiful BFL/silk 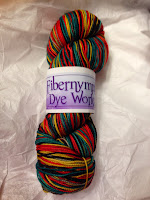 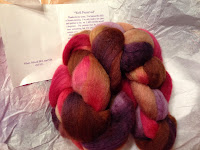