I recorded the video last weekend in Rocky Mountain National Park.
It was such a beautiful day.

Never saw this in St. Louis.  We were at the 29th Street Mall in Boulder and there is special parking for those with Alternative Fuel Vehicles. 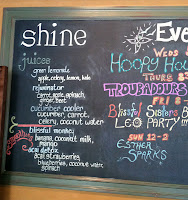 We found a FABULOUS restaurant on Pearl Street.  Shine has Raw, Vegan, Gluten Free, local organic and made from scratch.  They even have herbal tonics.  It was amazing.

I was so very excited....
The best package arrived. Politically Incorrect sent me one of her new balls to test.  There was a slight delay in me receiving it (due to the move), but it finally arrive.  The colors are amazing and I am so excited to test it out. 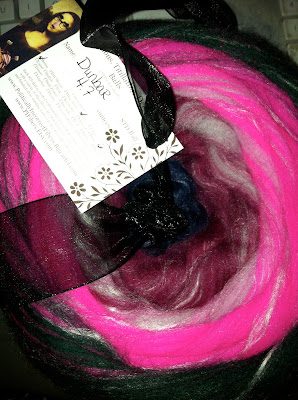 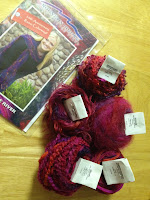 Thank you so much Mountain Colors.
They had their 20th anniversary Giveaway and I was a very lucky winner.
It was a very fast easy knit (need to take a picture of the FO). 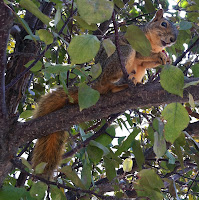 I was leaving work one evening and looked up in the tree and there was this adorable squirrel eating the cherries.  He was only a few inches away.  I could have reached out and touched him and he was so cute, just munching away.

One day this week I woke up and it was 48 degrees.  I realized, I need to get to work and knit a sweater.  I reviewed my stash and realized I have enough yarn to make six sweaters.  I am thinking I will make Lena and February Lady sweater.  Just need to pick out four more patterns and knit very fast.

Finally had a few minutes for spinning.  When we arrived in Boulder, I was so excited to pick up my new spinning wheel.  I spent some time practicing.  I love my new wheel. 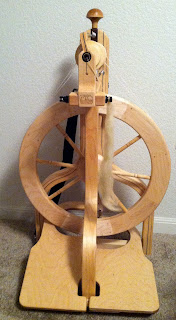